Darcy started shooting a Beretta Silver Pigeon 410 at the age of 11. Both his grandfather and father are shooters, after a few years of shooting air rifles, Darcy decided he would like his own shot gun. He started to take the shooting more seriously in 2017 when he entered a series of competitions for The Schools Challenge. Darcy entered the first two competitions, but it became clear very quickly that he needed to move onto a 20 gauge to shoot competitively. Darcy received a Beretta Silver Pigeon 20 gauge for his 13th birthday and continues to shoot with this now age 14.

Darcy trains with Philip as often as he can but not as often as he would like, due to school commitments. He currently trains once per week, but this increases when the opportunity presents itself e.g. school holidays. Darcy’s goal for 2019 is to shoot much more competitively and in other disciplines, at the moment he only concentrates on ESP.

He recently to his surprise, had to shoot Sport trap as part of the Lyelvale Express Masters. Darcy scored 24/25 and found he really enjoyed this discipline too. Having had a taste of a few Major Competitions this year, Darcy’s goal is to win the 2019 British Open and really put himself on the Colts radar.

His advice to anyone getting into shooting would be to listen to your coach, find a coach you really get on with, don’t allow one mistake to fester in your head and ruin the rest of your card (hard to do) and look at every target no matter how easy you think it is! A silly mistake will cost you! Darcy is excited for 2019. He’s eager for success and knows if he works hard enough and trains hard enough he will get there. 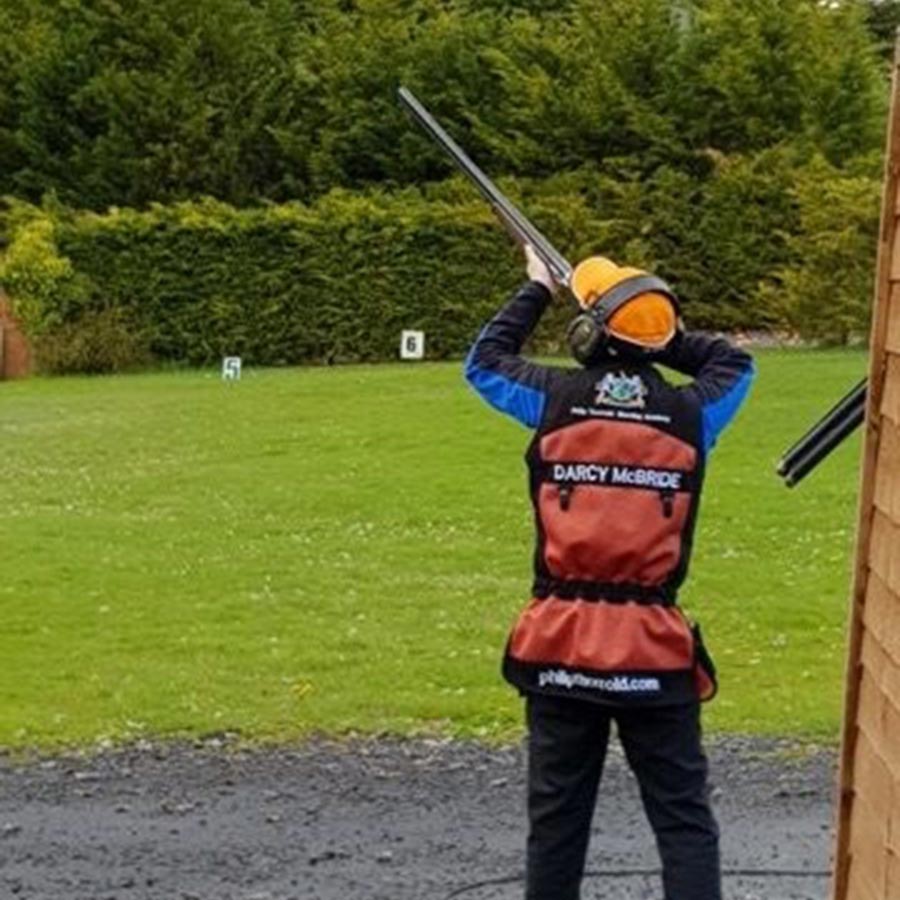