Charlie started shooting at the age of six with a side by side .410. His dad used to run a small Game shoot on a DIY basis and Charlie would often go Pigeon shooting with him and help him out on the shoot with the Pheasant and Partridges etc.

In 2013, Charlie’s father started to take him Clay shooting. He treated him to a lesson with Philip Thorrold, who took Charlie on as a student at the Academy.

By the end of his first year, aged 12, Charlie had made the Norfolk shooting team for Juniors in sporting and won the Norfolk Skeet championship for juniors too. He has since shot for the county a few times and added other Norfolk titles, but his goals are to represent the country at national levels, England or GB team in Sporting/Compak/Fitasc disciplines.

Charlie has been twice nominated for Young Shot of the Year award by CPSA members. He was also picked by Italian gun makers Rizzini as the only UK sponsored Junior shooter. 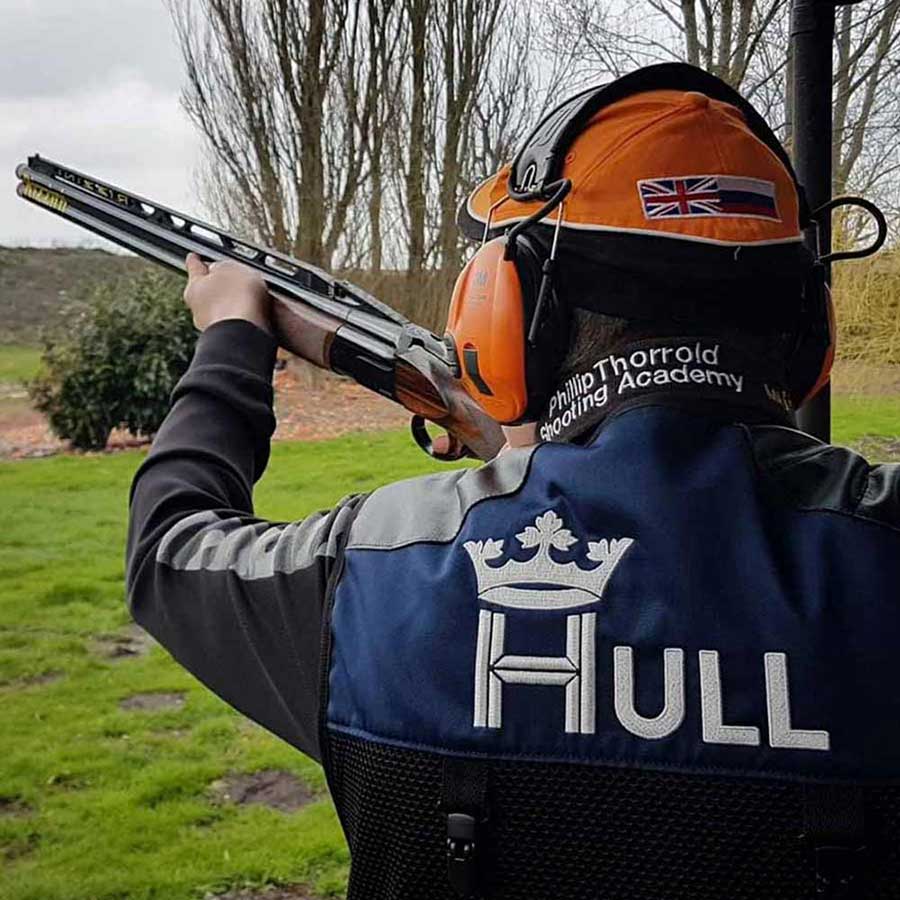