Aaron started clay shooting at the age of 15 years old by his Dad introducing him to Philip Thorrold at his Shooting Academy. On Aaron’s first lesson it was very clear for all to see that he had a special natural talent for clay pigeon shooting. After this Aaron and his family decided to take it further with sponsorship from Mallard Barn Ltd and his parents. Aaron then started to train on a regular basics at Philip Thorrold Shooting Academy with Philip and Ben. Aaron then entered into a professional long-term coaching programme which gave him the techniques, mind set of concentration and focus which is essential to be the best. Aaron’s first wins were at local level with more hard work and determination on the training ground his skills became greater which gave more confident on the back of winning more competitions which put him on the path way to major success e.g. winning the Junior World Championships and British, English Opens Sporting Championships.

Aaron is now 21 years old and competes in the Open category winning major competitions around the world, his current sponsors are Mallard Barn Ltd, Salvinelli Guns and Gamebore Cartridges. Aaron has achieved/worked hard for his goals by representing his county and country and continues to train at the Academy to maintain his position as a top shot in the UK. 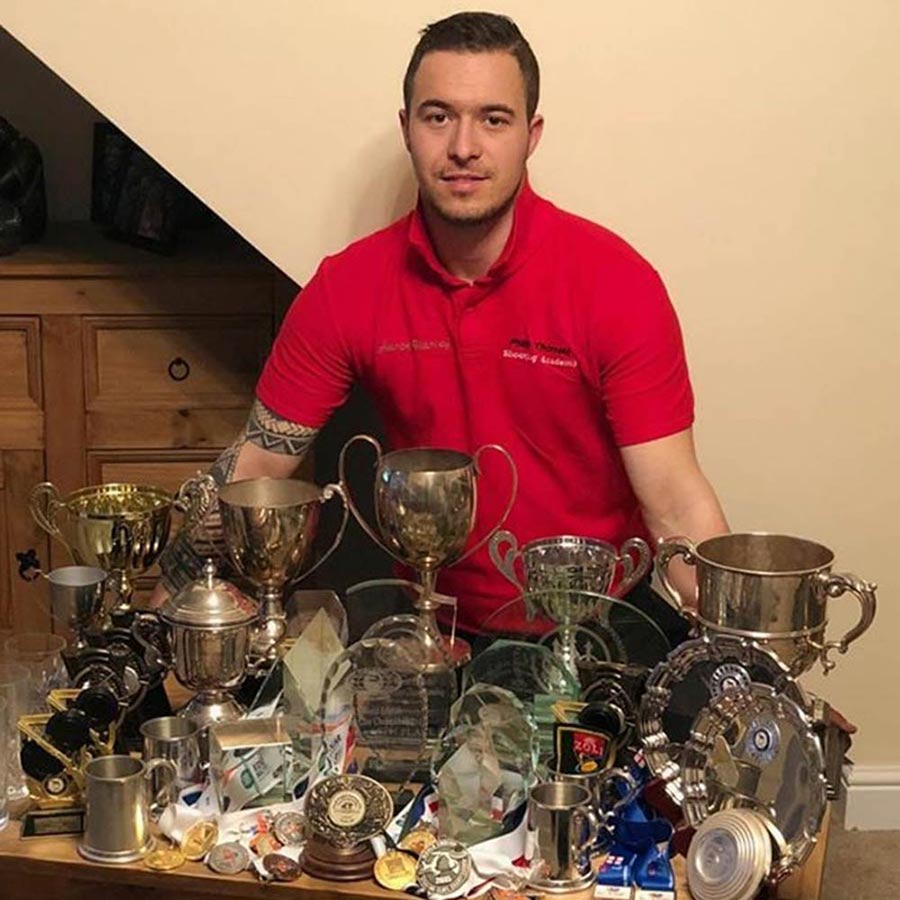